History of LED Rebates and What's Next 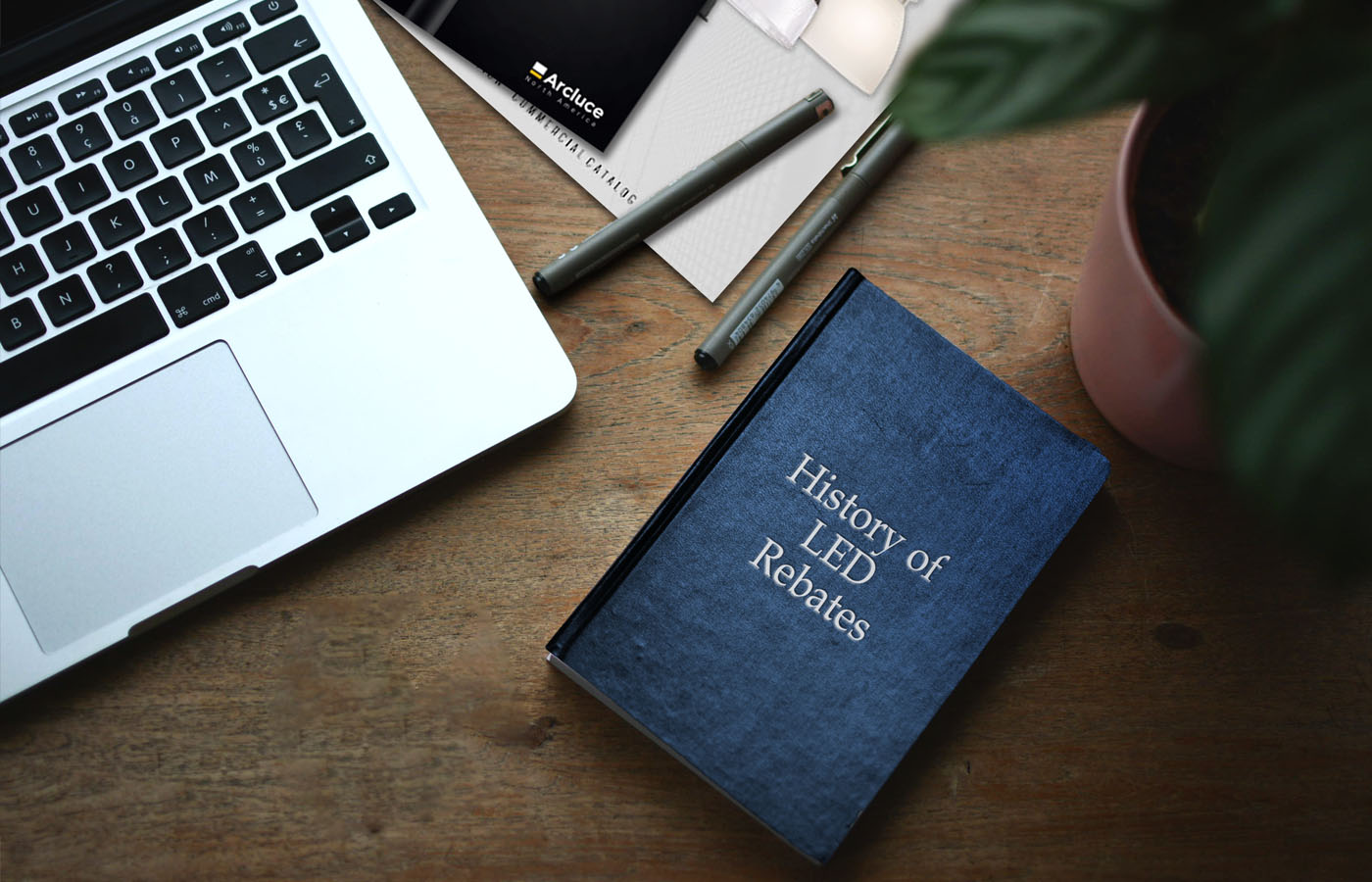 LED lighting is seemingly everywhere now, from schools and offices to parking lots and transportation centers. It's hard to believe that it was a fledgling technology with very little market penetration not too long ago. A big factor in getting LEDs to gain traction so quickly was the availability of rebates to help offset the high initial prices. While rebates for commercial lighting have been around since the 1980s, rebates for LEDs specifically didn't see widespread acceptance until 2011. Now, ten years in, we can see how LED rebates have evolved over time and where they may go in the future.

LED Rebates Had A Rocky Start

In the beginning, few rebate programs were willing to incentivize LEDs. In the technology's infancy, the light quality wasn't there, and products were unreliable. Manufacturers were claiming lifetimes of 50,000 or 100,000 hours with no standardized claims to back up their warranties. Over time, the light output could dim significantly or change colors from one fixture to the next. Programs also wanted to avoid the problems they saw with CFL early adopters. Many of those customers would go back to old incandescent technologies when they were unhappy with the CFL replacement. With these uncertainties, rebate programs were very cautious, and LED incentives saw a slow rollout.

It All Started With Exit Signs

The first widespread rebates for commercial LEDs were actually for LED exit signs. It made sense; these fixtures traditionally used around 40W incandescent lamps and ran 24/7. Upgrading these fixtures to LEDs could give the utilities and customers huge savings. In addition, LED exit signs didn't need high light output, so it made a perfect case for LEDs, which were an immature technology at the time and struggled to meet high lumens per watt.

The average rebate for LED exit signs started really high compared to the cost. Customers routinely saw rebates between $20 to $30 for installing these fixtures, often covering the entire cost of the equipment. The high rebates and energy savings made this upgrade a no-brainer, and contractors could easily add it to most lighting projects.

As time went on, local energy codes became more strict, and incandescent technology was completely phased out of exit signs. Because of that change, the rebates slowly went away, and today very few rebates for LED exit signs remain.

Downlights Were First General Lighting Fixtures To Get Rebates

While LED exit signs were a start, there were still no rebates for LED lights used in general illumination. LED technology continued to progress, and in early 2009, Cooper Lighting received ENERGY STAR certification for the first LED recessed downlight. An ENERGY STAR rating gave utilities more confidence in the product, and rebates for these fixtures slowly popped up around the country.

When first introduced, the average incentive was around $50 for these fixtures, as they had to cover the significant cost paid by early adopters. Since these fixtures often replaced incandescent lamps, the high energy savings made them a good candidate for programs to get their feet wet with LEDs. Still, they treaded very cautiously; nearly two years later, only 19% of the rebate programs offered incentives for LED downlights. Today, rebates for LED downlights are widely available across North America, with an average incentive of $32 per fixture.

LED replacements for general service lighting like incandescent A19s were long seen as a milestone achievement. While CFLs had been used to replace incandescents for years, they still had quite a few limitations that users weren't too fond of. To improve upon that, manufacturers tried design after design to get something that would work. Eventually, the first models started to come to market, but utility programs weren't ready to provide incentives just yet. Then, in 2011, Philips won the L-Prize for its unique design on a general service 60-watt lamp that delivered 94 lumens/watt. While the design ultimately proved a stop-gap measure and was quickly discontinued for more mainstream alternatives, having a prize awarded by the United States Department of Energy helped instill confidence in LED replacements for A19s and rebates started to gain traction.


In 2011, the average rebate for LED A19s was $22. That sounds astronomical now that you can find a four-pack of LED A19s at your local hardware store for less than $5; it's hard to remember that they were going for $30 - $50 a piece at one point. Therefore, customers needed significant rebates to help cover the cost of these lamps. Over the years, the rebate amount quickly declined, not because of lack of funding or utility reluctance, but because prices were dropping rapidly on these solutions. Today, the average incentive is $4 per lamp.

One of the next categories of LED products that saw quick rebate adoption was flat panels and troffers. With over 300 million fluorescent troffers in the US, they were a great target to improve energy efficiency in commercial buildings. Installing a whole new LED fixture made it easy to customize the light levels when retrofitting. Fixtures that used to have four T12 tubes could be right-sized to the correct lighting level allowing buildings to save even more energy.


When the LED troffer rebates starting appearing in 2012, the average rebate was $50. As time went on, the types of LED replacements diversified; customers could choose between a variety of options like flat panels, traditional troffers, integrated retrofit kits, and linear retrofit kits. Thankfully, programs readily accepted these variations, and most incentive programs didn't differentiate between the types. Today, troffer replacements and retrofit kits can see an average rebate of $33 across North America.

Two years after the widespread adoption of rebates for LED troffers, exterior lighting started to pick up. Although these types of fixtures typically replace HID and offer a considerable energy-saving potential, the lights are often on during non-peak time, making them less attractive to some utilities. Still, most programs eventually saw the value, and pole/arm-mounted fixture rebates were widely available by 2014 and wall packs by 2016. To this day, the rebate amounts for LED pole lights and wall packs remain some of the highest, primarily due to the significant energy savings and high cost of the fixtures. The average rebate for a LED pole light is currently $97 and $91 for a wall pack.

4-foot fluorescent tubes are everywhere and have long been a target for an LED upgrade. The key was getting the technology to the point it would make sense financially. This goal was especially difficult for tubes since fluorescent technology was pretty efficient already. In addition, unlike exit signs, screw-in lamps, and downlights, tubes didn't run off line voltage. The use of a ballast led to widespread confusion about how to implement LEDs in these fixtures.

When tubes finally started to make commercial sense, organizations cautiously added them to their rebate programs. Of all the LED technologies that were added to rebate programs, tubes had the rockiest start. Contractors and distributors who participated in the programs had to hear about the risks of the products during training, and rebate applications had wording and caution absolving them of any responsibility for damage or injury. Program staff would recount tales of how a tube sparked and caused a fire or how switching to Type A tubes in one facility caused all the ballasts in the building to go out.

What also made it confusing was that each program decided which tubes they'd allow. For example, one program would only allow Type A tubes; however, another program in the town next door would only allow Type B. Both programs would insist that the competing technology was inherently dangerous and not fit the marketplace. Finding one solution that would be accepted everywhere was a nightmare for chains or national accounts rolling out an upgrade across the country. Thankfully, with the addition of the LED tube categories to the DLC list, the confusion calmed down, and today, there are very few programs that will only incentivize just one type of tube. On average, the rebate is currently about $4 per 4' tube.

The Rebate Decline Comes To A Halt

Over the first years, the rebate amounts for LED products declined rapidly. It was a new and interesting pattern that didn't happen previously with traditional lighting technologies. For a while, LED rebates would drop 10 - 20% each year, depending on the category. As mentioned above, the leading cause of the decline was to stay in line with the falling prices of LED, which were dropping at an unprecedented rate. Finally, in 2021, we saw the rebate amounts level out and, as a whole, not decrease year over year.

Adapting To Keep Up With the Times

As time progressed and the technology matured, more and more new types of LED lighting were added to rebate programs. Programs diversified to cover technologies like field-adjustable fixtures, horticulture LED lighting and networked lighting controls. Now that LEDs had been proving themselves in the field for years, rebate programs were much quicker to adopt the new categories into their programs.

What's Next for LED Rebates

With LEDs advancing and getting more efficient, it's hard to predict what's next. The DesignLightsConsortium and manufacturers have put a lot of work into establishing new protocols for controls and dimming to offer additional savings. On top of that, LED lighting is continually becoming more efficient, with the current DLC version 5.0 providing 10 - 23% more lumens per watt than the previous version 4.4. The more lighting products can save, the more likely they are to receive an incentive.

In terms of geographic availability, 74% of the country currently has a commercial lighting rebate. That number has been relatively consistent over the years, and there's no indication that a large number of programs will disappear in the near future. Even this year, we see that many programs are offering higher, or bonus rebates, to increase participation and use all the available budget rather than running out of funding.

Lighting controls are often seen as the next frontier in energy efficiency. However, each year we've seen programs struggle to figure out how to easily incentivize this technology. It's easy to know how much energy one customer will save when going from a 400W Metal Halide Pole Light to a 150W LED Shoebox, but controls offer a whole different level of complexity. How often are they on? At what brightness are they used? Controls just aren't seen as straightforward as one-to-one lighting upgrades are. Rebate programs will need to continue experimenting with different ways to incentivize lighting control installations.

A Bright Future for LED Rebates

It seems the future is bright for LED rebates. When considering a project, it's essential to keep looking into rebates to see the opportunity. While many people have the misconception that LED rebates are no longer available or that the amounts are too low, these incentives can still improve a project's payback by 20 - 25%.

Use RebatePro To Find LED Rebates

If you want to create leads and increase your sales with rebates, our RebatePro and Rebate Assistant tools can help you instantly find and identify rebates for all types of LED lighting.

Rebates For Traditional Lighting Are Disappearing 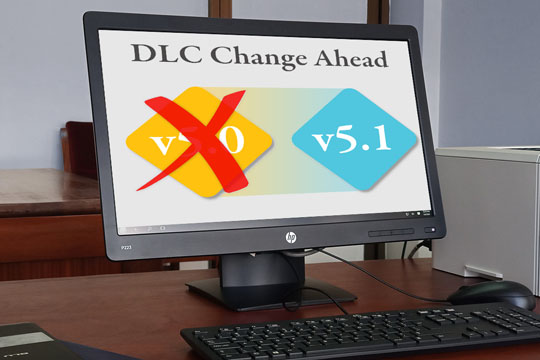 How Rebate Programs Are Addressing the DLC v5.1 Changeover