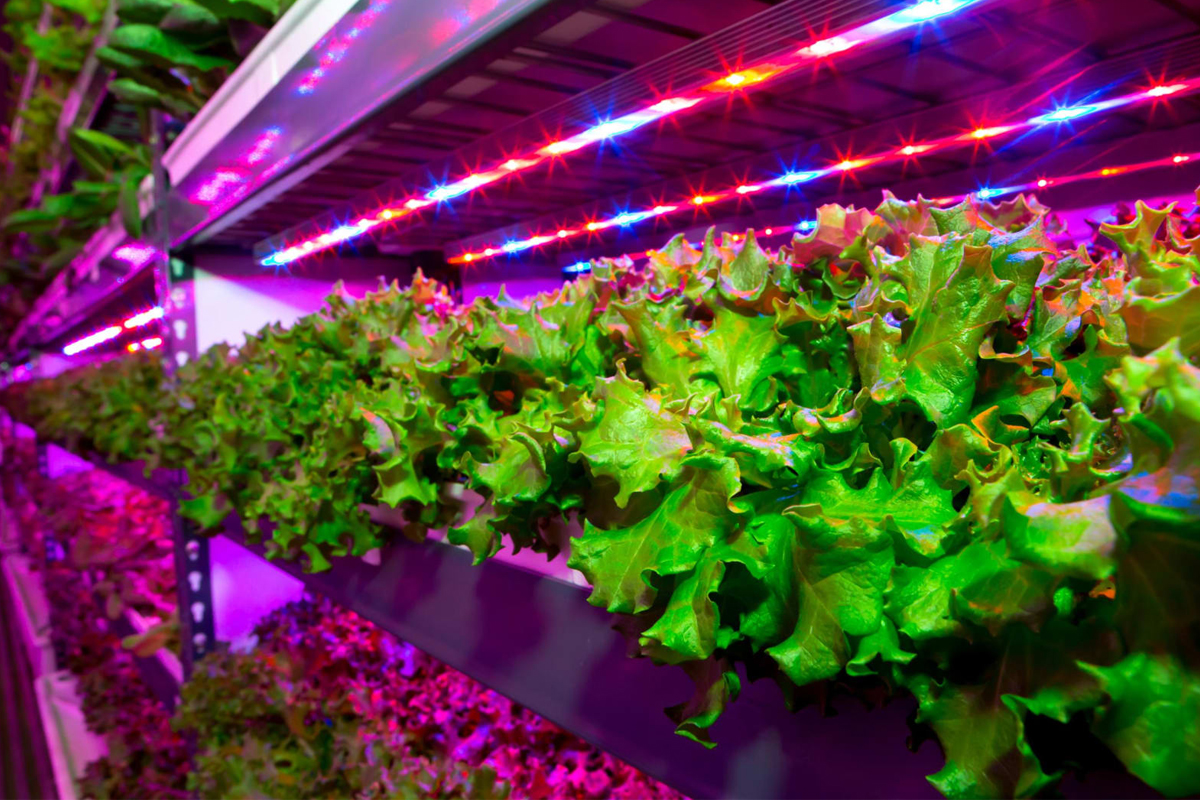 It seems almost comical that humans have spent hundreds of years trying to find a replacement for a seemingly endless resource...the sun. It's available nearly everywhere and is completely free. But humankind is not often happy with the "status quo"; they want things bigger, faster, better. They want to grow plants in places that aren't typically hospitable to them. So they turned to electric lighting to grow plants indoors or to supplement the available sunlight.

The problem had always been that artificial light was expensive; the average energy cost made it unprofitable to use plant lights or horticulture lights in many applications. However, the technology has evolved over the years, and today, horticulture lighting can be found in many different applications: greenhouses, vertical farms, tobacco production, flowers, cannabis, even for growing components to make plant-based vaccines. It's a vast market that is growing rapidly due to technological and societal changes.

Like they did with traditional lighting, LEDs came along and revolutionized grow lights. With 20 - 40% less energy usage than conventional HID grow lights, they provided a huge opportunity to cut operating costs for growers. The reduced wattage also meant less waste heat, which was hugely beneficial to indoor growing operations.

Not only were these LED horticulture lights cheaper to run, but they also provided an opportunity to increase the production and quality of the product. When growing plants indoors, the color of the light is important. The sun offers full-spectrum lighting (all wavelengths). As humans, we perceive these different wavelengths as colors (400 nm wavelength looks violet to us, 700 nm looks red). Plants, on the other hand, interpret the wavelengths in a completely different way. The wavelengths can stimulate different processes in the plant. For example, red light triggers germination and stem growth, while blue can promote root development and transition to flowering. By fine-tuning which wavelengths hit the plant, its development and production can be optimized.

In October 2019, the Design Lights Consortium (DLC) created a new standard and qualified product list (QPL), specifically for horticulture lighting. Over the years, the DLC has been the defacto standard that utilities use to ensure customers install high-quality lighting when applying for incentives. The DLC worked closely with manufacturers on the technical specifications for this list, taking into account the unique aspects of this type of lighting.

Since its debut, the DLC Horticulture list has grown rapidly. In September 2020, there were only 125 products on the list. Just a little over a year later, there are now more than 500 eligible fixtures.

Having a new category specifically for horticulture lighting gave rebate programs more confidence to provide incentives for these types of lighting. As a result, the number of rebates has increased substantially since the list's inception.

LED horticultural lighting has a huge potential for energy savings. According to the DOE report, if all horticulture lighting installations switched to LED, they could reduce the sector's annual energy consumption by 40%. That could result in a savings of roughly $240 million. This opportunity makes it the perfect segment for commercial rebate programs to target with energy efficiency incentives.

Horticulture rebates were off to a relatively slow start, but with the introduction of the DLC Horticulture QPL and the evolution of the technology, they have grown. In fact, the number of utilities offering rebates for LED horticulture lighting has nearly tripled since 2020.

About two-thirds of the rebates for horticulture lighting are custom rebates, or based on energy savings. That's a big difference from traditional LED fixtures, where most rebates are prescriptive, or a set dollar amount per fixture. As real-world data comes in and utilities fully understand the new technology, programs are expected to transition to easier-to-understand prescriptive incentives.

How much of a rebate a horticulture lighting project will see varies a lot based on the geography. The average custom rebate is about $0.13 per kWh saved, but it's quite a large range: from $0.02 to $0.40.

For prescriptive rebates, the average incentive is $130 per fixture, though that can range from $10 to $325 depending on the specific fixture type and area.

A very substantial amount of horticulture lights are also being installed in new construction projects. They present a challenge for the rebate programs because, unlike retrofit projects, they don't have a baseline energy usage for savings calculations. Most new construction rebate programs for general illumination are based on energy savings compared to the local electrical code's lighting power density (LPD). For horticulture lighting, this really doesn't apply. These lights aren't being used for general illumination, so the typical watts per square foot analysis is essentially meaningless. Because of this, each program may calculate the rebate a little differently.

How to Get Rebates for Horticulture Lighting

A majority of rebate programs require that the LED is on the DLC list in order to get a rebate. It's not enough that the spec sheet or website has a DLC logo; the specific model you're using has to be on the current DLC website. When searching the site, make sure to select "Horticulture Lighting" as the QPL list; these fixtures don't appear on the more commonly used general lighting list.

2) Make Sure To Get Rebate Pre-approval

For many rebate programs, pre-approval is an essential part of the process that many people forget to consider. It usually takes about 3 - 4 weeks to get pre-approval, although it can take as long as 8-10 weeks in some areas. Make sure you know the pre-approval requirements and follow the steps of your local program. In some cases, a project has to be pre-approved before even a PO is signed.

Programs can run out of funding or change incentive levels at a moment's notice. While some utilities have funding meters on their website, a majority do not, and the only way to know for sure is to call them. This step is especially important for large projects because rebate programs often have limited funds; a large horticulture project can wipe out a smaller rebate program entirely.

4) Verify The Specific Application is Allowed

Not all horticulture applications are eligible for rebates. Due to conflicting State and Federal regulations, some programs explicitly deny rebates for cannabis-related horticulture lighting. Also, the project needs to have a commercial account with the electric company; residential horticulture lighting rebates are virtually non-existent.

BriteSwitch can help you find and capture the rebates

If you need assistance with horticulture rebates, BriteSwitch can help. We offer two services:

This database contains virtually all rebates for commercial lighting across North America, including horticulture lighting. It makes it easy for professionals to find the rebates for projects they're working on, stay up to date on changing programs, and find the best areas with the highest rebates.

BriteSwitch can take care of the entire rebate process for you, from estimating the rebate upfront and ensuring eligibility to applying for the approvals, coordinating the inspections, and chasing down the final check.

How Cost Caps Can Affect Your Rebate 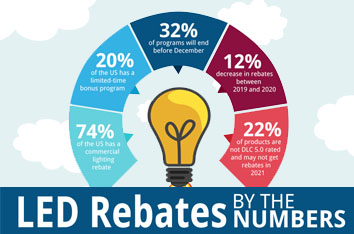 LED Rebates By The Numbers (Infographic)

77% of the US Currently Has Commercial Lighting Rebates