Upgrading to LED lighting will save you a significant amount on your electric bill. These energy savings basically pay for the cost of the project over time. The point where you break even is called the payback time. For example, if the payback of a project is 2 years, it means the project basically pays for itself within 2 years and after that all the savings in energy are yours.

By using rebates, you reduce the upfront cost of the project which will improve the payback significantly. Typically this reduction is 20 - 25%, so a project that would have previously taken 2 years to pay for itself would now do the same in only a year and a half.

In the tables below, two common retrofit upgrades are shown. Based on energy savings alone, both projects make sense. The LED tube retrofit pays for itself after 2 years and the high bay retrofit after 3.5 years. When you factor in rebates, the project paybacks are much more favorable. For the high bay project, the rebates take almost a year and a half off the payback, making the project pay for itself in only 2.1 years!

Historically, rebates for LEDs drop 20-30% each calendar year. To ensure you don't miss out on the higher 2017 rebate amounts, you should complete your projects now.

BriteSwitch can help you analyze your project to see which rebates and incentives are available and how it will impact your payback. Also, if you decide to move forward, BriteSwitch can handle all the rebate paperwork for you. Just call us at 609-945-5349 or email us at info@briteswitch.com and we can help.

Rebates For Traditional Lighting Are Disappearing 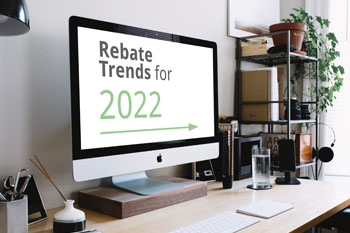