Over the past few months, rebate organizations across the country have been busy updating their programs for 2019. We've noticed the following trends for this year:

Last year, we saw LED rebates start to level out after years of declining rebate amounts. This year, we were surprised to see that the average rebate amounts for LED products actually increased. According to our RebatePro database, rebates for LED products as a whole increased by 9% since the same time last year. The majority of this growth came from increases in LED fixture rebates which were up across almost all products. In fact, rebates for many categories were at an all-time high, such as an average of $130 for an LED high bay or $107 for a pole mounted fixture. On the other hand, rebates for LED replacement lamps (such as A19, PAR, T8, and HID) declined by an average of 20% since the past year.

While we can’t say for sure why many of the LED incentives increased so much this year, we’ve heard from many programs that they are struggling to meet their energy saving goals and are increasing their incentives in order to increase participation.

Ever since DLC introduced their new Networked Lighting Control category, we have been following the rebate opportunities for these exciting new solutions. While traditional control rebates in general have been remarkably stable over the past 10 years, rebates for networked lighting controls have been mostly a mishmash of different approaches by the various utilities. The struggle was to find the best way to structure these incentives.

Some clear trends have started to emerge though in the 2019 rebate programs that have been published so far. At this moment, 75% of the prescriptive rebates for networked lighting control rebates are per fixture, meaning that the rebate is a set dollar amount per fixture connected to a networked lighting control system. Usually, the fixture must be on the DLC list and the control must be on the DLC Networked Lighting Controls list. For rebate programs that are not based on a fixture type, the rebate amount would typically be determined by watts controlled, kWh saved, square feet of the project or a percentage of project cost.

The bottom line is that it is fair to say now that most programs will incentivize a networked lighting control system, but in quite a few cases it may be through a custom rebate program for which it will be harder to calculate the custom amounts and be more cumbersome to actually pursue the monies.

73% of the US Offers Lighting Rebates

Currently, 73% of the US is covered by an active commercial lighting rebate program. This is down from 81% of the country where rebates were available at the beginning of 2018. The decline is mostly because of a couple of very large rebate programs, like TVA in the Tennessee Valley area and Dominion Energy in Virginia. In most cases, except for TVA, the funding for these lighting programs is expected to come back later this year. If you have a project in areas that are currently out of rebate funding, it may be worthwhile to consider waiting just a couple of months before you do your project to avoid missing out on these funds.

See the current Rebate Climate Map and how it has changed

Midstream Programs Still In The Minority

Over the past few years, some rebate programs have tried to switch more of their incentives from the traditional prescriptive and custom lighting rebate applications to “midstream” or "instant" lighting rebates. These programs provide an incentive through the distributor, rather than directly to the customer, and the rebate is taken right off the invoice. The idea behind this method is that these programs reduce administrative costs for the utility. While that is true, they also can be a headache to distributors, contractors and customers. For vendors, it means completing trainings, making sure to only sell products that are eligible, providing the rebate upfront and filing paperwork in a timely manner. For customers, it means a limited choice in products and suppliers.

At this point, the midstream rebate programs represent less than 5% of the rebates for replacement lamps and less than 2% of fixture rebates across the US. Also, midstream rebate programs have much smaller budgets than their prescriptive lighting counterparts. For utilities that offer both types of incentives, the budget of the midstream program is on average 10% of that of the standard prescriptive program. Therefore, it is important to not overlook the traditional prescriptive and custom rebates since that’s where the vast majority of the rebate dollars are.

Are you considering any energy efficiency projects for 2019?

74% of the US Currently Has Commercial Lighting Rebates 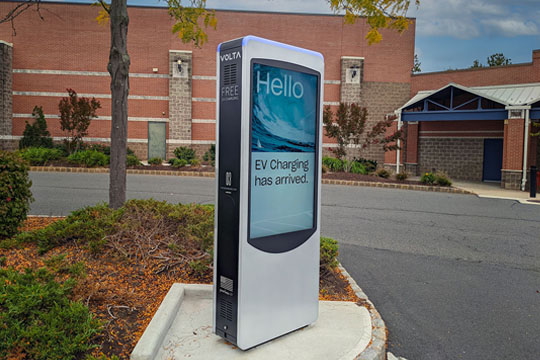 All About EV Charger (EVSE) Rebates